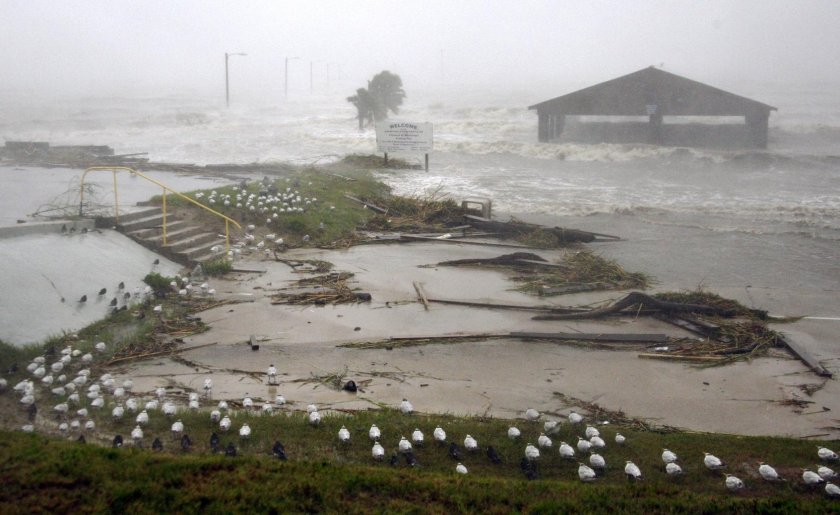 Isaac came ashore late Tuesday as a Category 1 hurricane, with 80 mph winds near the mouth of the Mississippi River bringing along high winds, storm surges, and torrents of rain.

It drove a wall of water nearly 11 feet high inland.

By Wednesday mid afternoon, 19 hours after making landfall, Isaac had been downgraded to a tropical storm.

Anyway since Isaac moves very slowly, it is dumping more rain and together with the threat of storm surges it can cause more flooding in Louisiana.

Isaac that arrived exactly seven years after Hurricane Katrina did not make a direct hit on New Orleans.

It brings slashing rain and wind gusts up to 100 mph that buffeted New Orleans skyscrapers.

In Plaquemines Parish, the storm pushed water over an 18-mile levee and put so much pressure on it that authorities planned to intentionally make a hole in the floodwall to relieve the strain.

Dozens of people were stranded in the flooded coastal areas and had to be rescued.

Plaquemines Parish ordered a mandatory evacuation for the west bank of the Mississippi below Belle Chasse because of worries about a storm surge.

West of New Orleans, Tropical Storm Isaac pushed water from lakes Pontchartrain and Maurepas into parts of LaPlace that caused flooding in St. John the Baptist Parish and victims were evacuated.