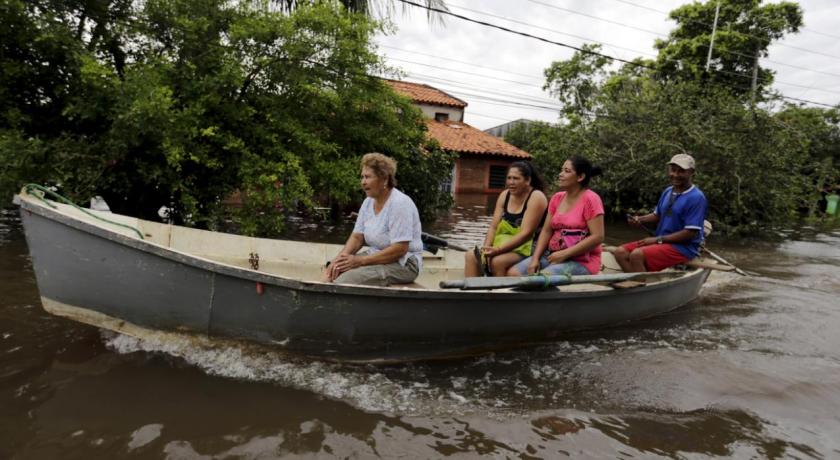 People travel on a boat near flood-affected houses in Asuncion, December 27, 2015. More than 100,000 people have had to evacuate from their homes in the bordering areas of Paraguay, Uruguay, Brazil and Argentina due to severe flooding in the wake of heavy summer rains brought on by El Nino, authorities said on Saturday. REUTERS/Jorge Adorno